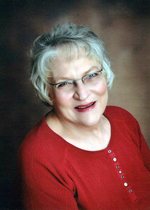 Carol Ward, 78 years, of West Union, Ohio, passed away Thursday, March 19, 2020, at her residence.
Carol was born in New Philadelphia, Ohio, on April 18, 1941, the daughter of the late Merle and Mary (Palmer) Sherrett. Carol was the owner of the As It Was Antique Shop. She worked as a Professor of Nursing at both the University of Cincinnati and Shawnee State University. Carol attended college at Case Western Reserve University, graduating with a bachelor’s degree and a master’s degree in nursing. She also worked as an emergency room nurse for the Adams County Regional Medical Center, and as a nurse for the Adams County Health Department. Carol enjoyed spending time with her fellow members of the Adams County Herb Guild.
In addition to her parents, Carol was preceded in death by her first husband, Frank Horvath, a police officer who died in the line of duty in 1968; and by her second husband, Donald Ward, who passed in 1998. She is survived by sons, Jon Horvath, of Unity; and Frank (Nancy) Horvath, of Seaman. Carol also leaves her brothers, Howard Sherrett, of Hamilton; and Paul Sherrett, of Tucson; Arizona; and her sister, Alice Combs, of Tucson, Arizona. Carol will be missed by her three grandchildren, Mackenzie Horvath, Spencer Hendrickson, Morgan Hendrickson, and Evan Hendrickson.
According to Carol’s wishes, she is to be cremated. The family will plan a memorial service for a later date.
Funeral arrangements are being handled by the Wallace-Thompson Funeral Home, Lewis-Sullivan Chapel. Please visit us at www.wallacethompsonfuneralhomes.com to sign our online guestbook.