To share your memory on the wall of Daniel Johnson, sign in using one of the following options:

We encourage you to share your most beloved memories of Daniel here, so that the family and other loved ones can always see it. You can upload cherished photographs, or share your favorite stories, and can even comment on those shared by others.

Posted May 25, 2019 at 12:00am
Edna, So glad that you and Dan had such happy years together, he was a great guy. You will be in my thoughts and prayers.
Comment Share
Share via:
SS

Posted May 25, 2019 at 12:00am
Dear Edna and Family,
Anita called me this morning to let me know about your husband. I'm so very sorry for your loss. You have my deepest heart-felt sympathy. Please know I will keep you in my thoughts and prayers.
With Love , from you cousin Shirley
Comment Share
Share via:
NB

Posted May 24, 2019 at 12:00am
Edna, Judy, Mike and Chris so sorry for your loss. Dan will be missed by many. My thoughts and prayers are with you all and families.
Comment Share
Share via: 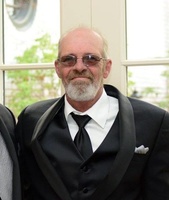