To share your memory on the wall of David Porter, sign in using one of the following options:

To send flowers to the family or plant a tree in memory of David E Porter, please visit our Heartfelt Sympathies Store.

Receive notifications about information and event scheduling for David

We encourage you to share your most beloved memories of David here, so that the family and other loved ones can always see it. You can upload cherished photographs, or share your favorite stories, and can even comment on those shared by others.

Ronnie and Sheila Edgington and Family, DEBORAH MCKIBBEN, and other have sent flowers to the family of David E Porter.
Show you care by sending flowers

Posted Dec 22, 2019 at 07:19pm
Dear Porter Family,
Keeping each of you in our thoughts and prayers.
Sincerely,
Phil and Vicki Rhonemus
Comment Share
Share via:
MW

Posted Dec 21, 2019 at 02:40pm
The family of David are in my thoughts. I am so sad to hear of his passing.
I worked with Dave for a short period of time, but in that time he showed what a kind and caring person he was to everyone. Dave was always helpful and had a smile on his face. Dave had a beautiful light about him and a kind heart. He impacted a lot of people. You will be missed David.
Comment Share
Share via:
PW

Posted Dec 20, 2019 at 07:10pm
David has always been my best friend, not only as my brother, helping me farm in every area (from being an awesome fence patcher, to planting seson, or harvest); you could always count on him being beside me all the way until the job was finished. He always said "tick-tock. Do Something!" I will always love him.
Your Brother,
Devin
Comment Share
Share via: 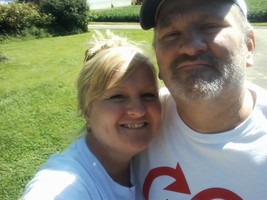