To share your memory on the wall of Donnie King, sign in using one of the following options:

To plant a memorial tree in honor of Donnie King, please visit our Heartfelt Sympathies Store.

We encourage you to share your most beloved memories of Donnie here, so that the family and other loved ones can always see it. You can upload cherished photographs, or share your favorite stories, and can even comment on those shared by others.

Posted Jun 13, 2019 at 12:00am
Donnie you will be missed by many and never forgotten. Prayers and love to all during this difficult time and always God bless
Comment Share
Share via:
R

Posted Jun 11, 2019 at 12:00am
With condolences to the family. Death is hard to cope with. In very difficult times, God can bring relief to our troubled hearts if we pray to him. First John 5:14, 15.
Comment Share
Share via:
NJ

Posted Jun 10, 2019 at 12:00am
We were so close I made some mistakes but u forgave me and we became close again love u donnie till we meet again
Comment Share
Share via:
VR

Posted Jun 10, 2019 at 12:00am
Sorry to hear of Donnie;s passing. I just saw him last week and talked to him for a bit. Prayers for the family.
Comment Share
Share via:
GH

Posted Jun 10, 2019 at 12:00am
So sorry to all the family for your loss. Donnie was a great friend of mine, he was an upperclassman in our masonry class. I struggled for awhile when I started laying brick trying to get it right and Donnie was always the first person to step in and show me some slick tricks and offer words of encouragement to me. For his friendship and help I am forever grateful. He got his skills and calm way of teaching from his Dad Don who I also thought the world of. Rest in heaven Donnie
Comment Share
Share via: 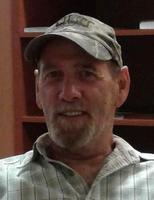