To share your memory on the wall of Monday Fisher, sign in using one of the following options:

Provide comfort for the family of Monday Fisher with a meaningful gesture of sympathy.

We encourage you to share your most beloved memories of Monday here, so that the family and other loved ones can always see it. You can upload cherished photographs, or share your favorite stories, and can even comment on those shared by others.

Jeremy, Rose, and the NOAD Kadena Team sent flowers to the family of Monday J Fisher.
Show you care by sending flowers

Posted Nov 25, 2019 at 09:53am
My love, prayers, and sympathy for the Brooks family. Sorry I was unable to see all of you at the visitation. Remember all of you coming to Wesley Chapel when we were all young. Mom and my husband are in Monarch Meadows Nursing Home at Seaman. Roberta Forsythe Newman
Comment Share
Share via:
PR

Posted Nov 25, 2019 at 08:38am
Dear Fisher Family,
Keeping each of you in our thoughts and prayers at this time.
Sincerely,
Phil and Vicki Rhonemus
Comment Share
Share via:
JT

Jeremy, Rose, and the NOAD Kadena Team purchased flowers and planted a memorial tree for the family of Monday Fisher. Send Flowers

Posted Nov 18, 2019 at 04:09pm
I will never forget the times we had growing up on the Farm, all the silly things we done together and all the laughs we had together. Going to school at Belfast , getting are selves into mischief and listening to Aunt Georgia and Uncle Joe preach at us when we came home. Your at peace now and you have no more pain. lOVE YOU YOUR Cousin Corinna
Comment Share
Share via: 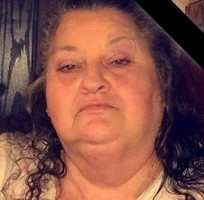