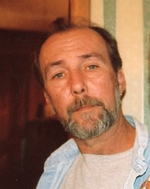 Rick A Daulton, 58 years, of Seaman, Ohio, passed away on Tuesday, November 3, 2020, at his residence.
Rick was born in Greenfield, Ohio, on November 24, 1961, the son of Donald Daulton and Barbara Stone. Rick worked as a carpenter and was a member of the Carpenters Union Local #2, in Cincinnati.
Rick was preceded in death by a sister, Teresa Knauff; and two brothers, Tom Daulton and infant Kevin Daulton. He is survived by his wife, Melissa (Collins) Daulton, whom he married on August 3, 1996; and by two stepdaughters, Tasha McGlone, of Hillsboro; and Jamie Jones, of Cincinnati. Rick also leaves his father, Donald (Virginia) Daulton, of Hillsboro; his mother, Barb Stone, of Peebles; and two brothers, Jeff Daulton, of Leesburg; and Randy Daulton, of Peebles. Rick will be missed by his three grandchildren, Jason, Ryan, and Larkin; special nieces and nephews, Casie, Heather, Jensen, and Jaylen; special uncle, Bill Gustin; and special friend, Ronnie Gardner.
Funeral services will be held on Thursday, November 12, 2020, at 1:00 pm, at the Wallace-Thompson Funeral Home, in Peebles, Ohio. Pastor Clarence Abbott will officiate the service. Burial will follow at the Louisville Cemetery. Family and friends may pay their respects from 12:00 pm until 1:00 pm, prior to the funeral service, at the funeral home, on Thursday, November 12, 2020.
Funeral arrangements are being handled by the Wallace-Thompson Funeral Home. Please visit us at www.wallacethompsonfuneralhomes.com to sign our online guestbook.