To share your memory on the wall of Sherry Jordan, sign in using one of the following options:

She was born in Cincinnati on April 1, 1960, the daughter of Kathleen (Barrett) and the late Lawrence Adams. Besides her father, she is also preceded by her fian... Read More
Sherry Jordan, 59 years of Seaman, passed away on Thursday April 25, 2019.

She was born in Cincinnati on April 1, 1960, the daughter of Kathleen (Barrett) and the late Lawrence Adams. Besides her father, she is also preceded by her fiancé, Ronald Moore, sister, Priscilla Nixon, brother, Glenn Adams, nephew, Rodney Nixon and great niece, Chrissy Willow Cullum.

Funeral Services will be 1:00 PM Tuesday April 30, 2019 at the Wallace-Thompson Lewis-Sullivan Funeral Home in Seaman. Burial will follow at the West Union Cemetery.

Friends may call from 11:00 AM until time of services on Tuesday at the funeral home.

To sign our online guestbook, please visit us at www.wallacethompsonfuneralhomes.com

To plant a memorial tree in honor of Sherry Jordan, please visit our Heartfelt Sympathies Store.

There are no events scheduled. You can still show your support by sending flowers directly to the family, or planting a memorial tree in memory of Sherry Jordan.
Plant a Tree

We encourage you to share your most beloved memories of Sherry here, so that the family and other loved ones can always see it. You can upload cherished photographs, or share your favorite stories, and can even comment on those shared by others. 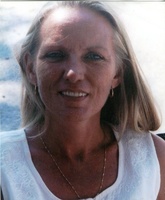