To share your memory on the wall of Timothy Copas, sign in using one of the following options:

To send flowers to the family or plant a tree in memory of Timothy L Copas, please visit our Heartfelt Sympathies Store.

Receive notifications about information and event scheduling for Timothy

We encourage you to share your most beloved memories of Timothy here, so that the family and other loved ones can always see it. You can upload cherished photographs, or share your favorite stories, and can even comment on those shared by others.

Posted Jan 30, 2020 at 04:12pm
Through all the years I knew Tim he always had a smile and never failed to give me one. He had a lot to be proud of and he will live on through them. My thoughts and prayers are with you all. Take care.
Karen Baker
Comment Share
Share via:
RM

Posted Jan 27, 2020 at 02:25pm
Jeff and family sorry for your loss remember Tim when he worked at Copeland with me for awhile and his cousin Harper prayers
Comment Share
Share via:
WC

Posted Jan 27, 2020 at 01:59pm
Although I left Adams County a long time ago, I have fond memories of Tim and his family. From comments I have read, his loss is heavy on the hearts of many. My heart goes out to you in your time of loss and sorrow. Prayers and healing to all of the Copas family. 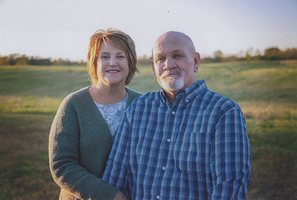