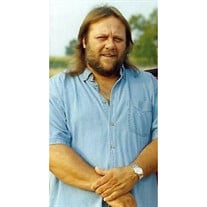 Danny W Mullins, 59 years, of Seaman, Ohio, passed away on Friday, January 15, 2021, at the Mercy Health--Anderson Hospital, in Cincinnati, Ohio. Danny was born in Adams County, Ohio, on March 1, 1961, the son of Orville Mullins, Jr., and Carole (Butts) Reed. He worked as a musician. He belonged to the Maysville Fraternal Order of the Eagles Aerie #139. Danny was preceded in death by his son, Johnathon Mullins. He is survived by his mother, Carole Reed, of West Union; and two brothers, Steve Butts, of Seaman; and Randy Reed, of West Union. He will be missed by several nieces and nephews. Funeral services for Danny will be held on Wednesday, January 20, 2021, at 1:00 pm, at the Lewis-Sullivan Funeral Home, in Seaman. The ceremony will be officiated by Marilyn Roades. Burial will follow at the West Union Village Cemetery, in West Union. Family and friends may pay their respects during visiting hours, from 11:00 AM until the time of the services, at the funeral home. In lieu of flowers, the family requests that memorial donations be made in Danny's name to the Adams County Humane Society, 11481 State Route 41, West Union, Ohio 45693. Funeral arrangements are being handled by Lewis-Sullivan Funeral Home. Please visit us at www.wallacethompsonfuneralhomes.com to leave words of comfort for the family in our online guestbook.

The family of Danny W Mullins created this Life Tributes page to make it easy to share your memories.

Send flowers to the Mullins family.