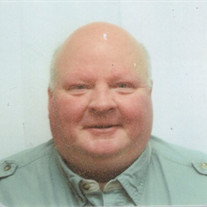 Hugh Donald Gibson, 58 years of age, of Peebles, passed away on Sunday, December 5, 2021, at his residence. Hugh was born on October 5, 1963, in Ottumwa, Iowa, the son of the late Gerald and Joanne (Fransdal) Gibson. Hugh was preceded in death by his parents and by a brother, Christopher Gibson. He is survived by his brother, Stephen Gibson, of San Diego, California. Hugh graduated, with honors, from Kansas State University with Bachelor of Science degree in Industrial Engineering. He accepted a position with General Electric upon graduation. He was recruited into General Electric's Manufacturing Management Program (MMP). He completed assignments while in the MMP with GE Aerospace, Fort Wayne, Indiana, and GE Medical Systems, Waukesha, Wisconsin. Upon completion of the MMP, Hugh took a Process Control Engineer position with GE Aircraft Engines in Evendale Ohio. Hugh's latest position was Process Control Engineer with GE Aircraft Engines in Peebles Ohio. Hugh completed 35 years of service with GE in 2021. He was highly respected for his work ethic, keen knowledge of the all engine types that he worked on, and his ability to assemble engine components, install the engine for testing, and to complete engine testing for both production and research and development efforts. Hugh was avid outdoorsman. When not working at GE, he was either hunting or fishing. If a season wasn't open, he would be researching another species to hunt or catch. He took all aspects of those hobbies seriously. He was an excellent marksman and skilled fisherman. He knew the equipment, techniques, and the locations and times of the year to pursue each species. Hugh also enjoyed cooking and delighted in seasoning and cooking the game he had taken. Through his hunting and fishing trips, many of which became annual events, he developed long term friendships and shared his passion for his hobbies with those friends. Hugh felt strongly that wildlands and habitat should be preserved and maintained. To support habitat preservation, he was a contributing member of the following organizations: Duck Unlimited, Pheasants Forever, and the Rocky Mountain Elk Foundation. In lieu of flowers, please consider making a memorial donation in Hugh's name to any of the following: the American Heart Association, the American Cancer Society, or a charity or organization of individual choice. Family and friends may pay their respects during visiting hours, from 11:00 am to 1:00 pm, on Thursday, January 6, 2022, at the Wallace-Thompson Funeral Home, in Peebles. A memorial service will follow at the funeral home, at 1:00 pm on Thursday, January 6, 2022, at the funeral home. Greg Seaman will officiate. Funeral arrangements are being handled by the Wallace-Thompson Funeral Home. Please visit us at www.wallacethompsonfuneralhomes.com to sign our online guestbook.

Hugh Donald Gibson, 58 years of age, of Peebles, passed away on Sunday, December 5, 2021, at his residence. Hugh was born on October 5, 1963, in Ottumwa, Iowa, the son of the late Gerald and Joanne (Fransdal) Gibson. Hugh was preceded in death... View Obituary & Service Information

The family of Hugh Gibson created this Life Tributes page to make it easy to share your memories.

Hugh Donald Gibson, 58 years of age, of Peebles, passed away...

Send flowers to the Gibson family.