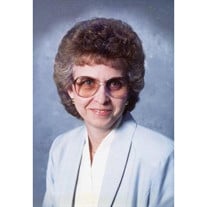 Janice M Sowards, 73 years, of Peebles, Ohio, passed away on Thursday, April 20, 2017, at the Adams County Manor Nursing Home. Janice was born in West Union, Ohio, on July 5, 1943, the daughter of the late Russell Hanson and Marjorie Shivner Hanson. Janice worked as a homemaker and she attended the Peebles Church of Christ. In addition to her parents, Janice was preceded in death by a sister, Betty Brewer. She is survived by her husband, Tilden Sowards, whom she married on April 4, 1962. Janice is also survived by two sons, Michael (Maria) Sowards, and Mark (Heather) Sowards, both of Peebles; a brother, Wayne (Jo) Hanson, of Peebles; two sisters, Diane (Kimmy) Rogers, of West Union, and Carol (Danny) Browning, of Peebles. She will be missed by her five grandchildren and two great-grandchildren. Funeral services will be held on Monday, April 24, 2017, at 11:00 AM, at the Wallace-Thompson Funeral Home, in Peebles. Burial will follow at the Evergreen Cemetery in Peebles, Ohio. Friends and family may pay their respects on Sunday from 2:00 PM until 5:00 PM, at the Wallace-Thompson Funeral Home. To sign our online guestbook, please visit our website at www.wallacethompsonfuneralhomes.com. Sunday, April 23, 2017 2:00 PM - 5:00 PM Monday, April 24, 2017 11:00 AM

The family of Janice M Sowards created this Life Tributes page to make it easy to share your memories.

Send flowers to the Sowards family.