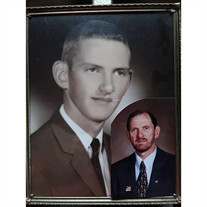 Jerry Wayne Savage, 72 years, of Greenfield, Ohio, passed away on Saturday, December 5, 2020, at the Kettering Medical Center, in Kettering. Ohio. Jerry was born in Adams County, Ohio, on October 28, 1948, the son of the late Charles and Gracie (Gustin) Savage. Jerry served in the United States Air Force during the Vietnam conflict, and received a Purple Heart for his valor. After his military service, Jerry attended Wilmington College, played basketball while attending Ohio University-Chillicothe, and attended the University of Dayton. He earned his master's degree in education, and worked first as a teacher and later as the principal of East Clinton Middle School; he was also a member of the Ohio Athletic Association. Jerry was actively involved in veteran's services. He was a member of the VFW, Post #3762, and served as the veteran's commissioner of Fayette County. Jerry was preceded in death by his parents. He is survived by his five sons, Dion Savage, of Cincinnati; Gabe Savage, of Michigan; Caleb Savage, of Dayton; Isaac Savage, of Springboro; and Jeremiah Savage, of Greenfield; and his two daughters, Alex Jones and Grace Savage. He also leaves three brothers, Bill Savage, of Sabina; Charles Savage, of Xenia; and John Savage, of Greenfield; and a sister, Betty Outram, of Peebles. Jerry will be missed by his three grandchildren. According to Jerry's wishes, he is to be cremated. His family is planning a memorial service to be held at a later date, with burial following at the Louisville Cemetery, in Peebles. Wallace-Thompson Funeral Homes has the honor of serving the family. Please visit us at www.wallacethompsonfuneralhomes.com to sign our online guestbook.

Jerry Wayne Savage, 72 years, of Greenfield, Ohio, passed away on Saturday, December 5, 2020, at the Kettering Medical Center, in Kettering. Ohio. Jerry was born in Adams County, Ohio, on October 28, 1948, the son of the late Charles and Gracie... View Obituary & Service Information

The family of Jerry Wayne Savage created this Life Tributes page to make it easy to share your memories.

Send flowers to the Savage family.