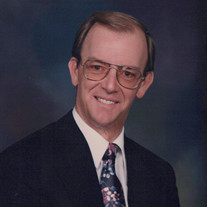 John Phillip Roger Fulton, better known as "Phil," 75 years of age, of Peebles, Ohio, passed away Wednesday, January 19, 2022, at his residence, surrounded by loved ones. Phil was born on September 10, 1946, at the Fulton home place, Peebles, Ohio, the son of the late Charles and Carolyn Fulton. He worked for General Motors until his retirement. Phil belonged to the Union Hill Community Church, for which he served as pastor for over 46 years. He also belonged to the Adams County for Christian Values organization and served as director of Reformers Unanimous. He helped to form the Adams County Hospital Volunteer Chaplains organization. Phil was preceded in death by his parents. He is survived by his wife, Sharon (Swayne) Fulton, whom he married on September 2, 1966. He also leaves two children, Beth (Randy) Aber and Brian (Tina) Fulton, both of Hillsboro. There are five grandchildren, Jessica (Daniel) Hicks, Jacob (Paij) Aber, Jesse Swearingen, Daryl (Corey) Morgan, and Jeremiah Hall; and five great-grandchildren, Camri Aber, Braylon and Jesslyn Swearingen, and Izabella and Malikai Skaggs. Also surviving are three brothers, Tom Fulton, Bob (Libby) Fulton, and Glenn (Sandy) Fulton; and two sisters, Sally (Gary) McDaniel, and Susie (Wayne) Ross. Family and friends may pay their respects during visitation on Sunday, January 23, 2022, from 2:00 pm to 6:00 pm, at the Union Hill Church, in Peebles, Ohio. Funeral services will be held on Monday, January 24, 2022, at 11:00 am, at the Union Hill Church, in Peebles, Ohio. Bud Brabson will officiate the service. Burial will follow at the Locust Grove Cemetery in Peebles, Ohio. In lieu of flowers, the family requests that memorial donations be made in Phil's memory to either the Adams County for Christian Values Nativity Scene or the Gideons International. To donate to the Adams County Christian Values, send donations to Carol Daniel, 891 Bethany Ridge Road, West Union, Ohio 45693, or you may call 937.544.7688. To make donations to the Gideon's International, send donations to P.O. Box 425, West Union, Ohio 45693. Funeral arrangements are being handled by the Wallace-Thompson Funeral Home. Please visit us at www.wallacethompsonfuneralhomes.com to sign our online guestbook.

John Phillip Roger Fulton, better known as "Phil," 75 years of age, of Peebles, Ohio, passed away Wednesday, January 19, 2022, at his residence, surrounded by loved ones. Phil was born on September 10, 1946, at the Fulton home place, Peebles,... View Obituary & Service Information

The family of Phil Fulton created this Life Tributes page to make it easy to share your memories.

Send flowers to the Fulton family.