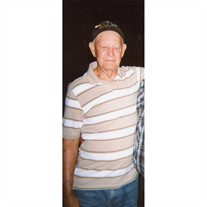 Kenneth Lee Smalley, 87 years, of Peebles, passed away on Wednesday, December 5, 2018, at the Adams County Regional Medical Center, in Seaman, Ohio. Kenny was born in Peebles, Ohio, on July 30, 1931, the son of the late William Jefferson Smalley and Nellie Madge (Lytle) Smalley. After serving in the United States Army and the Army National Guard during the Korean War, Kenny worked as a heavy equipment operator. Kenny was a lifelong member of the American Legion, the Disabled American Veterans, and the Veterans of Foreign Wars, of which he was a past commander. Kenny also was a former member of the Peebles Town Council, as well as a member of the Republican Central Committee. Kenny was an active member of the Peebles Church of Christ. In addition to his parents, Kenny was preceded in death by four sisters, Mildred Cobbler, Mary Edith Ryan, Ann Foster, and Alberta Johnson; and three brothers, Henry Smalley, Forest Smalley, and Richard Smalley. Kenny is survived by two sons, Kenneth Lane Smalley, of West Union; and Steve Smalley, of Peebles; a stepson, Chuck Truesdale, of Peebles; and a stepdaughter, Tina Hayslip, of Lynx. Kenny also leaves behind a brother, Paul Smalley, of Baltimore, Maryland; and a sister, Gwen Brownlee, of Seaman. Kenny will be missed by his four grandchildren and his five great-grandchildren, as well as several nieces, nephews, and a host of friends. Funeral services for Kenny will be held on Friday, December 7, 2018, at 1:00 PM, at the Wallace-Thompson Funeral Home, in Peebles, Ohio. Jason Bohl will serve as officiant. Burial will follow at the Evergreen Cemetery, in Peebles. Family and friends may share their respects on Friday, December 7, 2018, from 11:00 AM to 1:00 PM, prior to the funeral services, at the Wallace-Thompson Funeral Home, in Peebles, Ohio. Funeral arrangements are being handled by Wallace-Thompson Funeral Home. Please visit us at www.wallacethompsonfuneralhomes.com, to sign our online guestbook. Friday, December 07, 2018 11:00 AM - 1:00 PM Friday, December 07, 2018 1:00 PM - 2:00 PM

The family of Kenneth Lee Smalley created this Life Tributes page to make it easy to share your memories.

Kenneth Lee Smalley, 87 years, of Peebles, passed away on Wednesday,...

Send flowers to the Smalley family.