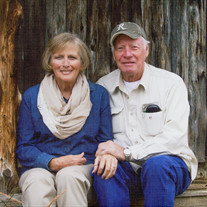 Myrtle Marie Hawes, 69 years of age, of Peebles, Ohio, passed away on Saturday, August 28, 2021, at the Adams County Manor Nursing and Rehabilitation Center, in West Union, Ohio. Myrtle was born in Peebles, Ohio, on January 1, 1952, the daughter of the late Lester and Alpha (Sloan) Conley. Myrtle worked as a nurse for the Adams Country Regional Medical Center, for over thirty years. In addition to her parents, Myrtle was preceded in death by a son, Christopher Hawes; three brothers, Floyd Conley, David Conley, and Michael Conley; and three sisters, Pearl Jordan, Ruth Ann Wical, and Barbara Lease. Myrtle is survived by her husband, Larry Hawes, whom she married on October 7, 1967; three sons, Teddy (Christy) Hawes, of Peebles; Larry (Christy) Hawes, Jr., of Blue Creek; Rusty (Tara) Hawes, of Blue Creek; and two sisters, Sharon Conley and Laverne (Butch) Hooley, both of Hillsboro. Myrtle will be missed by her fourteen grandchildren and nine great-grandchildren. Funeral services for Myrtle will be held at the convenience of the family. Burial will follow in the Evergreen Cemetery, in Peebles. Funeral arrangements are being handled by Wallace-Thompson Funeral Home. Please visit us at www.wallacethompsonfuneralhomes.com to leave words of comfort for the family in our online guestbook.

The family of Myrtle Marie Hawes created this Life Tributes page to make it easy to share your memories.

Send flowers to the Hawes family.