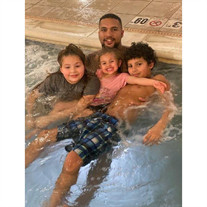 Sean Michael Fisher, 31 years of age, of Dayton, Ohio, passed away on Saturday, April 17, 2021, in Hillsboro, Ohio. Sean was born in Springfield, Ohio, on August 1, 1989, the son of James Fisher and the late Amy (Wisecup) Bumgardner. Sean worked as an electrician. Sean was preceded in death by his mother, Amy Bumgardner. He is survived by his father, James "Bootsie" Fisher, of Springfield; a son DaSean Fisher, of Hillsboro; two daughters, La' Niyah Fisher and Avalyn Fisher, both of Springfield; and his significant other, Sabrina Melhem, of Miamisburg. He also leaves five brothers, Randal Cooper, Daniel Wolford, and Jacob Wolford, all of Peebles; and Jakar Fisher and Jayden Johnson, both of Springfield. Private funeral services for Sean will be held at the convenience of the family on Thursday, April 22, 2021. The ceremony will be officiated by Larry Shiveley. Burial will follow in the Evergreen Cemetery. Funeral arrangements are being handled by Wallace-Thompson Funeral Home. Please visit us at www.wallacethompsonfuneralhomes.com to leave words of comfort for the family in our online guestbook.

The family of Sean Michael Fisher created this Life Tributes page to make it easy to share your memories.

Send flowers to the Fisher family.