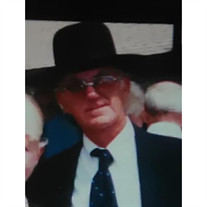 William L Ivarson, Jr., 77 years, of Seaman, passed away on Monday, December 11, 2017, while traveling. William was born in Woburn, Massachusetts, on July 2, 1940, the son of the late William Ivarson, Sr., and Hazel Jenkins Ivarson. William was a truck driver and worked at the Keim Family Market as the delivery driver. He was a retired taxi-cab driver in Boston, Massachusetts. In addition to his parents, William was preceded in death by a brother, Bruce Iverson, and a sister, Linda Ivarson. He is survived by his three stepdaughters, Pamela Franklin, of Seaman; Kandi (Doug) Bushatz, of Hillsboro; and Lisa Doerfler, of West Union; and his stepson, Doug (Sherry) Doerfler, of Seaman. William is also survived by a brother, Robert Ivarson, of Lexington, Massachusetts; and a sister, Judith Skott, of Seaman, as well as many dear nieces and nephews, eight step-grandchildren and six step-great grandchildren. William will be mourned by his many friends, especially those in the Amish community and at the Keim Family Market. The family is planning a memorial service to be held at a later date. To sign our online guestbook, please visit us at www.wallacethompsonfuneralhomes.com.

The family of William L Ivarson created this Life Tributes page to make it easy to share your memories.

Send flowers to the Ivarson family.